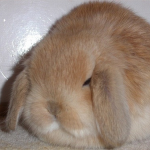 Hi, welcome to Mass Effect Wiki! Thanks for your edit to the Geth Plasma Shotgun page.

Be sure to check out our Style Guide and Community Guidelines to help you get started, and please leave a message on my talk page if I can help with anything! -- Commdor (Talk) 17:57, April 22, 2012

Just let me know if you have any questions about wiki formatting and whatnot.

I would go ahead and start adding the info you put into the Cover page onto Combat (Mass Effect 3) since it is a mechanic that should be spelled out, even if it seems intuitive for a "cover-shooter." Trandra (talk) 15:21, March 1, 2013 (UTC)

Yes i know. But many people still don't know about this basic cover and shooting mechanics. And thanks for moving it, I'm new I don't know how to do it.Jonatannossrep (talk) 19:57, March 2, 2013 (UTC)

Sorry misread... well i will try moving it. But check it so that everything seems right, as it seems I'm a bad editor.

Please note that all edits on this wiki are expected to be in complete sentences, with proper grammar, and proper spelling. Many of your edits have been well below that quality. We do not use internet speak, texting, or any other thing. Only proper English is accepted.

Also note that personal opinions are not permitted in articles under any circumstances. Facts only. If you want to write opinions, then put it in a blog, a forum, or somewhere else, not in the article.

On another note, some of your edit summaries are becoming quite rude and abrasive. This not acceptable. Please keep everything courteous. Lancer1289 (talk) 19:00, March 2, 2013 (UTC)

Well in my defense, I'm not a native speaker of English. Also what is defined as internet speaking? Specked can hardly be that. Also, "well below"... really am I that bad. And you call me rude. Also not writing in a former langue is not bad grammar. Also some things you edit was not written my me... but you probably knew that but I just want to point that out just in case

I haven't wrote personal opinions just fact based on my skill, sorry for that. But how are you going to give tip if not speaking from your own experience.

And sorry not all my edits are perfect, like i write prime instead of geth prime. But isn't it a bit overkill to link to something every time. Ok I know, it's not hard to do it, but still...

Also this edit: Because of unknown reason primes, pyros and scion can shot trough this shield. -> *Geth Prime shots, Geth Pyro flames, and Scion shots will not be stopped by the shield. The only thing needed was really to make the name of the enemies more "official". The "unknown reason" give a hint of it not supposed to be that way and it might get fixed. Even if it unlikely. But yeah yeah, everything should be soulless "bureaucrat-writing". Jonatannossrep (talk) 19:53, March 2, 2013 (UTC)

lol, # english is not my "main" lauguage either, but what i meant is, don't shorten word, use the whole sentences

Insulting people and your edits Edit

I want to make this very clear. I feel your edits are somewhat careless, ok, you may not natively speak english, but even you I'd of though would know not to use the jargon you used (I.E. Scrub, L2P). Even though I said on my own page that I want nothing to do with Lancer1289, the point he has made is completely irrefutable, your edits are not only of low quality, but they are sometimes even speculation (in his words). Saying "This works on at least Gold and lower", is not factual, thats guess work. How do you know if enemies won't be able to concentrate fire on you, all they need to do is be far away and grouped up, and they can easily pin you. Much as I am loathe to accept some of lancers comments towards me, I can't base my edits on speculation (though the majority of mine werent) because it'd give wiki a bad name if it was wrong, plus they'd be very upset.

But the one main gripe I have with you at this moment now, is your blatant disrespectful attitude towards people. I'm not a complete saint, but I at least know my place, and I don't directly insult other people when I'm editing, thats like if you edited a page, and then I re-edited it and said, "learn to spell you moron". You'd be at the very least upset I insulted you.

If you want to edit, I'm not stopping you, nor is anybody else (unless it infringes T&C's), but your edits can and will be heavily edited or undone if they are based on speculation or are of low quality, and if you insult people then people are going to hate you.

In short, please improve your quality of edits if that is possible, and try not to be so rude in future. Because somebody else might not be so civil with you if you insult them/disrespect them. JouninOfDespair 02:21, March 3, 2013 (UTC)

OK, I forgot this's the internet, people actually do this kind of insult, and therefor it not obvious you are joking, sorry. And I must say, what do me insulting people have to do with me being not being a naively speaking being? But may just be a mistake to make it like that. Or dose it have to do with the fact that non-native sometimes don't know that many words and instead use common word, and insulting, one that are often used on the internet?

Hey, the only really disrespectful attitude I have used was the Scrub part. As you can see, (or can you? Don't know how far back you can see, I have never checked), I have never before made a comment like that. If people looks up history before they report the user there would be less of... this. (Also it would be good it you quote me more often so I can see my mistakes, as we seems to have different opinion on what is right and wrong, bad wording/writing style, insult or criticism or if it's a joke) Also the problem is, you know nothing of me, and I know nothing of you, there for there will be misunderstandings. That is the internet. As I sad, and I think someone sad it to, the "player notes" is not fact, it's based one experience. And read the things I made the () around in my previous response if you haven't really done that.

"Hate" is a strong word. If you hate random people on the internet then you have a anger issue. And the fact that you take everything I say as disrespectful, is because you are all set on that I'm a scoundrel, and again, because you don't know me. Also the part of me spelling bad, that is really not an issue as I use googles spell check, so that is really the problem of me. It may be the grammar, but is mostly the fact I'm using a more "talking-language", "chat-language" or what-ever-you-want-to-call-it. The style of the writing is the main problem. But you fix that right?

Yes, I don't care if you fix my post, the only thing that I didn't like was that the thing about a Warlord could kill two turrets on gold if you do it right. It was not like I sad: "You can kill two turrets on gold." I gave a clear example of in what situation you could do it. And I warned not to do it without thinking. Also the thing that you edit in player notes[1], the Warlord can one hit everything up to a phantom on plat, so in a few second he have killed at least two enemies, and how often are groups so big that they are still around 4 left to kill him after that. (Write how big a group is.) And It's nearly impossible to die as the Warlord when he is level 20, even with out any shield boosting "things". The damage resistance when doing a melee attack give him almost 100% immunity to damage. These are facts, for me. I think that the turret edit you made was satisfying. That made it justice while still keeping it in the strict style this wikia seems to worship. ;)--Jonatannossrep (talk) 09:31, March 3, 2013 (UTC)

Retrieved from "https://masseffect.fandom.com/wiki/User_talk:Jonatannossrep?oldid=391113"
Community content is available under CC-BY-SA unless otherwise noted.