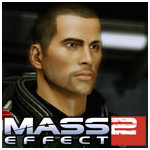 Hi, welcome to Mass Effect Wiki! Thanks for your edit to the Mira page.

Be sure to check out our Style Guide and Community Guidelines to help you get started, and please leave a message on my talk page if I can help with anything! -- DRY (Talk) 00:26, 20 March 2010

Please, before you make any further edits, I beg of you, review site policy and familiarize yourself with it. Please. Where to start... ok, first, we ask that editors not move pages unilaterally. If you feel a page should be moved, bring it up on the talk page, or ask an admin about it. The one exception to this rule is if an article name is misspelled. The standard procedure here is to refer to people by name and title, even when first name is known, as evidenced by (among others) Admiral Ahern and Admiral Hackett. Next, please don't go in and edit the categories on character pages for the purpose of having that character appear on the category page alphabetized by last name. We don't have full names for every character, so we alphabetize by article title. In fact, if you had looked at the history of the Anita Goyle page, you would see that this issue has come up before. Next, please don't italicize the names of books or games. This also runs counter to site policy. Pointless spelling and grammar errors are also discouraged (such as capitalizing the w in wikipedia in interwiki links, which is pointless since it doesn't change anything). And finally, it's A-OK to use redirects like Protheans instead of Protheans. It's why the redirects exist! I hope this clears up why all your edits have been getting undone. If you have any questions, feel free to drop me a line or leave me a message. Thanks! SpartHawg948 03:28, April 6, 2010 (UTC)

I don't seem to see anything anything here saying to not categorize articles the way I did; besides, on the other wikis and Wikipedia, it is done that way all the time (and the way I categorized the Citadel's article into its eponymous category follows Wikipedia's conventions very well); and here, it says quite explicitly that the titles of works should be italicized. As far as naming conventions go, both wikia and Wikipedia seem to be doing what I did with article names, using only the name and not titles (unless clarification is needed to avoid confusion with similarly named people or things, where something else is put in parentheses next to it). --M.C.Tales 04:18, April 6, 2010 (UTC)

Granted, the bit about categorization isn't in the Manual of Style, though it should be, but it also doesn't say to categorize them that way, does it? As for what wikipedia and the other wikis do, who cares? This site is in no way affiliated with wikipedia, and wikia's position on the matter is that each individual wiki can set its own policies for this stuff, which is what we have done. As for italicizing of works, note that all the examples are real-world examples unaffiliated with the Mass Effect universe. Wouldn't it have made more sense, if in-game and in-universe books to have included at least one of the games or novels if this was meant to apply to them as well? Finally, as per naming conventions, again, this isn't wikipedia, and wikia allows us to set our own standards, which we have done. SpartHawg948 04:27, April 6, 2010 (UTC)
I should also point out, as an addendum, that the Style Guide you linked to for reference isn't the actual Manual of Style for the site. This is made quite clear by the disclaimer at the top, which reads "This is a generic style manual which is not tailored specifically for the Mass Effect Wiki. For guidelines specific to the Mass Effect wiki, see the Mass Effect Wiki:Style Guide." SpartHawg948 04:32, April 6, 2010 (UTC)

In reguards to your recent edit to the UNC: Dead Scientists article, there were a few things that were problematic.

Some of these things are present in other articles and there is a president behind the ME2 section. I had to revert you edit becuase the only edit that was good was the fixing of the mercenaries spelling. Please note our site policies on these things. Thanks. Lancer1289 22:20, July 7, 2010 (UTC)

You recently queried the reversion of your edits to Castle Arcade. Using a hyphen for a range of values is acceptable, as is spelling numbers of four digits and above without a comma. The latter is a spelling frequently used in the game, especially for credit amounts. You also removed the spaces from some of the article's section headers -- a small thing, but it didn't need changing and introduced some minor inconsistency.

The thing to note here is that we do not follow a particular style guide; changes that are essentially a question of preference are not considered improvements, and therefore subject to reversion if no actual errors are corrected. The risk for this is greater if an edit contains multiple changes and only some of them are valid. Elseweyr talk • stalk April 1, 2015, 12:23:55 (UTC)

Retrieved from "https://masseffect.fandom.com/wiki/User_talk:M.C.Tales?oldid=456208"
Community content is available under CC-BY-SA unless otherwise noted.