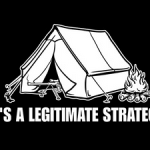 Hi, welcome to Mass Effect Wiki! Thanks for your edit to the User blog:Ygrain/No Army Brass For Hannah Shepard page.

Be sure to check out our Style Guide and Community Guidelines to help you get started, and please leave a message on my talk page if I can help with anything! -- Lancer1289 (Talk) 08:07, July 20, 2012

Note that we do in fact have a Language Policy here. We have zero tolerance for inappropriate or crude language. Further violations of this policy will lead to a ban. Lancer1289 (talk) 23:01, July 26, 2012 (UTC)

Hi, I hope you don't mind me bringing the discussion over here, as it's easier to edit.

"Did you ever have issues deciding on where to start?" am I getting it right that you don't know how to write an introduction? :P My, I _hated_ introductions in essays! With stories, they come somewhat easier, especially as I tend to sort of jump right in the middle of things and not explain much. - That's one of the big advantages of fanfic: you needn't bother with exposition too much, since readers already know the setting.

Anyway: don't worry about introductions. Write those awesome dramatic scenes you have on mind first and bother with what comes before or in between only afterwards, it sometimes helps to know where you are heading. If you're still clueless, take a look at a couple of your favourite fics (different authors, preferably) and make a little analysis of the information and means they use in the intro.

I don't think you need to worry for not progressing with your writing fast, after all, you're under no schedule, or are you? :-) I'll be happy to read it any time.

I can totally sympathize with having to discard your work - it has happened to me several times that I came up with something that contradicted the established lore. However, you should also approach the lore critically - as you can see, I've taken quite some liberty with the Akuze mission because the lore was too scarce and didn't make sense, so I believe that some justifiable tweaking of the lore is perfecly alright.

Hi, I was wondering if you might happen to know something about the special forces training, or perhaps have a link to a good website, one where some personal experience is described. Any hint will be greatly appreciated. --Ygrain (talk) 10:58, November 19, 2012 (UTC)

- Which talk page, yours or mine? I never know :-) The thing is, I don't know what exactly I'm looking for yet. I'm planning some more moments from Shepard's past and I thought it would be useful to get an idea what an N-trainee has to go through - not so much technicalities because that would require more detailed understanding than I might possibly be able to grasp, but rather the feel of the experience, or basic setting on which I could build further. - I hope I'm making sense, because, as I have said, I know next to nothing about this area, and if I want to write plausibly about it, I need at least some understanding. Before I started writing the Sole Survivor story, I had a lot of things explained to me which didn't make it into the story as such but were vital for me to get an idea how things work in the military and what I should build on. --Ygrain (talk) 18:47, November 19, 2012 (UTC)

In future, if you want to use the in-game menu to derive the weight of a weapon, ensure that you hold another weapon which lowers your weight bonus below 200% first. This will ensure that the weapon you want to weigh correctly changes the %bonus without having to manage or remember the default encumbrance of the character used. Thanks.

Using the human male vanguard and grouping weapons that give the same weights when used in similar combinations I think i have worked out that the initial weight for him is 231 (this is where the 1 comes from). It may be possible that the weights go into fractions and then there is a floor or ceiling function applied to that to get the recharge speed Midnightpiranha (talk) 14:44, January 6, 2013 (UTC)

Retrieved from "https://masseffect.fandom.com/wiki/User_talk:Midnightpiranha?oldid=380853"
Community content is available under CC-BY-SA unless otherwise noted.