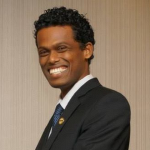 Hi, welcome to Mass Effect Wiki! Thanks for your edit to the Citadel: Cerberus Ciphers page.

Be sure to check out our Style Guide and Community Guidelines to help you get started, and please leave a message on my talk page if I can help with anything! -- Commdor (Talk) 08:51, April 11, 2012

Please note that the images you are uploading as of now are unusable. We cannot integrate them into the article without some form of discussion taking place as the formatting was sloppy to say the least. I would highly encourage you to stop uploading images, start a discussion on this topic, and not upload the images until said discussion is concluded. Lancer1289 15:47, April 28, 2012 (UTC)

The previous commit was a mistake. And I promise not to break the formating again. Thank you for undoing it. Actually you beat me to it. :-D Please let me continue this once and evaluate once the entire table is completed. I shall not commit inbetween.--NisansaDdS 15:52, April 28, 2012 (UTC)

Except the problem is that the article was set up the way it is for a reason, which I actually addressed on Talk:Search and Rescue. We don't need images that will for all intensive purposes be duplicated. For major article format changes or restructuring, we need a discussion to take place before not after it is done. There is no problem with creating a sandbox and getting feedback on that, but the article itself is not a test bed for ideas. Lancer1289 15:55, April 28, 2012 (UTC)

Agree with the fact that the image should not be duplicated. That is why I was adding images per system not per scanning element. Would that still be a problem? I updated the Talk:Search and Rescue as well. I reassure you there will not be image duplicates. We can continue the discussion at the Talk:Search and Rescue , can't we? --NisansaDdS 16:05, April 28, 2012 (UTC)

P.S.: Thank you for moving the sandbox page. What do you think of the changes that I have done?

I am saying this now before I revert the edits because of every issue that I already stated. What you did was not what I stated should be done. I stated that a discussion needs to take place before changes are made, not after. Yet, you did not listen to this. You even removed the setup of the table with no discussion from a sortable table, to a non-sortable one with no explaination. I am not left with an option here. Major edits like this require some form of discussion, yet nothing took place. Therefore I am reverting the edit because of all of this. Lancer1289 17:38, April 28, 2012 (UTC)

Please note that my first comment on the Talk:Search and Rescue was indeed. Before the edit. I did that as soon as you asked me to do so. Your comment of the undoing complained of sloppy formatting again. Which was hardly the case. As contributors shouldn't we give the users what they would usually prefer? If you look in to basics of HCI, you would see that humans prefer images over text for visual references. How would one honestly defend saying "East of star, between second and third ring" instead of putting an image. I am not trying to rebel here. I have gained a lot for my gameplay from this wiki from the pages created by you and others. And I found this page seriously lacking in usability aspect. To be precise, Search and rescue is the only element of the game for which I looked at other guides because I found this inadequate and impossible to read. And I am sure most of the others feel the same. I wanted to make people get even the Search and rescue knowledge form this wiki.--NisansaDdS 18:26, April 28, 2012 (UTC)

Actually the formatting was still very sloppy. There was a lot of open space that was generated because of it, and the images were sloppy as well. Both in terms of formatting and how they appeared. I looked at it before I did anything. Your comment on the talk page did not ask for discussion, rather it said "I'm doing this", not "I have an idea, can I get some feedback." Discussions here take place before changes are made, not during or after, which is what you did. I've got objections to the images, but if they can be waylaid then there will be no problems, well from me at least. Also, others might have ideas about the topic and may even have solutions to what problems might come up. Others might even object to the placement of images of that nature. However, you could not know this because you did not take any feedback on the idea before hand.
Again, you just changed the article and made a comment about it. You did not discuss the edit first, get feedback, and then make the changes. Major changes on that scale, where the table format and the formatting of the table is changed, do require discsussion before they happen, not after the fact. Lancer1289 18:35, April 28, 2012 (UTC)

I'm just passing by to add two things: You can customize the resolution of the images without using thumbs by formating the link like this [[File:Skepsis.jpg|250px]] or maybe something like this [[File:Skepsis.jpg|x250px]]. The first one sets the width to 250px (like it's done when using the thumb parameter) and the second sets the height to 250px. You should try out what looks best, the thumbs in the table just look odd at the moment.
The system cluster images and descriptions of the original Mass Effect contain the scanned objects (asteroids, space stations etc.) too, so I don't think Lancer has a problem if you update the Mass Effect 3 images that are already uploaded with images that contain all planet names and the scanned objects and update the cluster description to include these objects. For the scan guide you have to start a project page on the forums I'm afraid.--ShardofTruth 19:20, April 28, 2012 (UTC)

Thank you very much for the tip on image resizing. I am going to try that out on the sandbox page. I have put a "proposal" to change the page as Lancer had demanded. In hindsight, I should have just played the game instead of trying to add things by fighting with an admin here. :-D --NisansaDdS 19:32, April 28, 2012 (UTC)

How is that even remotely funny? Why does every time this happens, the person in question assumes malice when there is none? We have procedures on the site that help not only control the flow of information, what gets added, and how things are organized, but also to make sure that we aren't doing the same thing twenty times in a week. By discussing large changes beforehand, getting feedback, then acting, we prevent someone else coming along ten hours later and saying, "I've got a better idea, so I'm doing this". Then someone after him, and so on. We like to do things once, not 60 times. This is why we require discussion before changes are made on a scale like this. That way, everyone can voice their opinions, and the best thing can be reached. Lancer1289 19:38, April 28, 2012 (UTC)

OK now I have implemented some of the desired updates on User:NisansaDdS/Search_and_Rescue_sandbox#Planet_Scanning_Guide both of you are welcome to take a look at it and comment your ideas at Talk:Search_and_Rescue#Altering_the_table_format_and_content. Once I decide to help something/someone, it is really hard to get rid of me. :-) --NisansaDdS 21:17, April 28, 2012 (UTC)

Hi Lancer, I did not mean to be rude. This is the first ever Undo I did. So I had no idea of the protocol of that. I mean, to keep the text or not. I simply thought that if I remove the text it will cause further problems since people would not directly know what I undid. :-\ If I am to quote Harkin "There is enough red tape to choke a rhino" :-D and I was afraid of getting into trouble again. I am very sorry if the undo text seemed rude to you. In the very rare chance that I will ever do an undo again, I will remember to leave out the undo text. P.S.: Hope you did fine with the examinations. --NisansaDdS 05:26, May 6, 2012 (UTC)

It is rude because after a discussion, to just hit the undo button is like slapping someone in the face, especially if it is once that involves site policy. Normally, and undo message isn't a problem, but after a discussion, it is just better to leave a summary saying why the content is back in without the undo message. It isn't protocal, just a way of being polite about discussions. Lancer1289 05:28, May 6, 2012 (UTC)

Right. Understood. If I ever get to do an undo again, I shall do it that way. Sorry again. Hay Lancer, while you are here, can you please go have a look at the sandbox that contains the changes I proposed to the Planet Scanning Guide? The links are not done yet. But the general format of the table is almost as finished. --NisansaDdS 05:38, May 6, 2012 (UTC)

Retrieved from "https://masseffect.fandom.com/wiki/User_talk:NisansaDdS?oldid=303461"
Community content is available under CC-BY-SA unless otherwise noted.