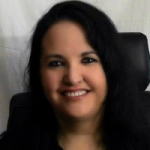 Hey there! Just wanna continue on the topic of separate pages for ME:A. It's a no-brainer that the celestial objects pages should be separated (different galaxy obviously), though on a broader scale, I'd like to know you or any of the Wikia staff's opinion on separating a range of pages that share similar topics between the ME trilogy and ME:A? The pages I had in mind are as the Missions, Romance, Armor, Weapons, etc, to name a few.

The rationale behind separate pages is the accessibility. Using "Missions" as an example, as a user or player who's looking for ME:A missions, I wouldn't want to scroll through (or click the TOC) all of the past ME trilogy info just to get to ME:A info at the bottom of the page. This would similarly impact SEO - let's say googling for "Mass Effect Andromeda missions", IIRC, the resulting link from Google will not specifically land at a specific anchor section of the mission page (eg Missions#Mass Effect Andromeda).

With that in mind, one implementation of separated pages that I like is the Fallout wiki, where the pages are separated by games (eg Fallout 4 quests, Fallout 4 weapons). However, where this idea gets potentially tricky is the races page as I'm unsure how information from ME:A will affect them. I supposed we can just go along with the flow in regards to those pages for now..

Anyhow, do let me know what you think about this. I think you will be able to offer a much in-depth opinion on this matter as a staff who works with multiple wikis, so there could be an issue or two which I may have not thought out.  teugeneTalkContr 16:06, March 18, 2017 (UTC)

I agree with the separation. How you do it is up to you and Temporaryeditor78. The similarities pretty much stop at races. Sure there might be a few weapons that have the same name (haven't seen the Black Widow... yet) but disambig could be used in those cases. Apparently, we received the 'ok' to display 'premiumization' videos at the top of specific articles on your community. Not sure how it came about, but I have been asked to create them. We will only be doing this for Andromeda topics as far as I know, so having Andromedy things in their own space, helps us too. The articles I worked on, have the PageName_(Mass Effect: Andromeda) format because that is how it was done with Mass Effect 2 and 3 articles.

The first three videos I need to do are on the topics of Alec Ryder (the story as I know it so far from the fragments), the kett, and the timeline, since those are the highest SEO keyword searches at the moment - well, next to romance. I will also be assisting with a romance video in the near future. The kett is it's own article of course, and the timeline.. well that one would be harder to separate, so probably shouldn't (?). It would be better to have the romances on its own article, maybe with a disambig statement. Especially with the Paragon/Renegade system replaced and all new characters.

Since you are familiar with SEO, I want to mention something. One thing we are running into a lot is the lack of good text structure. Specifically the first paragraph, which is what Google scans. Instead of information explaining what the article is about, it's scan sees disambigs and 'for' templates that all pretty much read the same, then a nice big TOC - providing it even gets that far. This makes your articles less likely to rank. It would be better to have an intro paragraph first, then maybe those templates. If the pages have infoboxes, then it would be inforbox, intro and then templates. Just something to research and think about for future articles. Thanks! Pinkachu (talk) 22:49, March 18, 2017 (UTC)

Hello, which pages do you see this happening? Don't recall ever seeing something like this while searching on Google.  teugeneTalkContr 13:50, March 25, 2017 (UTC)

On a side note, I just started working on a complete listing of missions and I plan to go back through and create the articles. My highest character is 38 (and stuck thanks to a bug) so I have the missions recorded to that point. Analytics are irrelevant at this point since there are multiple websites with mission guides already and we only had one for the first mission. I will commit myself to working on them. You may see articles with minimal information, but I will go back to them and flesh them out where I can as I go through my 600g+ of video capture. Promise! :) Pinkachu (talk) 16:56, March 25, 2017 (UTC)

Phew. I thought something was messed up with our pages!

Could you please revoke TemporaryEditor78's admin privileges? Please just glance at his talk page for 2015 or 2016. He does not leave reasons for his edits and is EXTREMELY rude, nasty, and flaming with other members of this community. He speaks for himself.

He often bans with no warnings, and enforces policies without any thought at all just because he likes them whether or not the community feels otherwise. He is a bully.

While I echo this users' concern I don't think revoking privileges is necessary quite yet. I think maybe just a private conversation with peer admins or bureaucrat would be appropriate. I recommend contacting User:Bioevil087 if you feel that strongly about it.

Hello, where do we edit the links for the new top navigation? Can the colour be customised as well?  teugeneTalkContr 15:41, March 25, 2017 (UTC)

Should be able to edit it from the contributions drop down. I believe it is accessible by admin's only. Here is how I do it on the wikia im an admin for.

Hello there, Can I have your input and/or vote on this project. Your experience as a staff and admin for multiple wikis will be invaluable.  teugeneTalkContr 10:25, March 28, 2017 (UTC)

About screenshots and pictures Edit

I have a few questions about screenshots for the wiki, as well as pictures. I asked in the discussions, but was directed toward you about it.

First off, I have an Xbox One, so getting screenshots is possible. It's just not the most user-friendly. I'm willing to contribute lots, but the screenshots won't be the best detail (due to no advanced hardware).

As a result, I'm wondering if I can submit images to use for guides in the wikis? For instance, I'm about to start a new playthrough, and it would be easy for me to grab the screenshots for the task "Naming the Dead" (Naming the Dead), but they won't be as perfect as a PC's would. 1. Is that a problem? 2. Would someone else on a PC be able to get them for me? Also, for that mission, there are 7 bodies to scan, all in separate locations. Would it be hard to get someone to combine the screenshots into an image like the one used for the "Scan the Keepers" task from ME1 (image)?

Next, I've noticed some of the task and mission pictures are missing. The images I'm talking about are the ones that are displayed when viewing tasks or missions in your journal. For instance, there are several miscellaneous tasks that have a picture of some papers/files on a desk (see "Naming the Dead" above). If I was to get a screenshot of each of the images that appear, would someone else be able to crop those out? All I have is Preview on my Mac.

So, again, after years of people asking other admins for help in dealing with Temp's outright disrespect like back in 2015 http://masseffect.wikia.com/wiki/Forum:Demotion_of_Temporaryeditor78_V2

I have to bring it up once more. You could just go through Temp's edit history and see his lack of reasons, or read through ANY of his archived or current talk page/s But here's a perfect example: are you joking or just daft? "high resolution" my a ss. check what you uploaded again. and AGAIN, read the guidelines before asking questions already answerable there. T̴̴͕̲̞̳̖̼̱͒͛̎͒ͫ̃ͧeͩ̈̽̈҉͓̝̰̼̦̫̤̀͠m̫̪̪̯̻͎̫̅̇̓̇͌̚p̸̙̝̓̓͌ͨ͆ͣͥ̂̕o͒̽͐̽͏̞̬̻͕͔͕͚̰͍͠͞ṙ̢̞͚͈̹̰ͨ̓ͭ̈́̌ạ̢̧̪̹̺̺̣̹̲͂͆̏ͪͨ͒ͭř̹͈͜͠y̷͍̻̜̹̼̾̽̈́e̵̹̼̟̦͚͐̈́͌͘d͉̲̣̻͉̱͗̅ḭ̷̻̆͋̆̓̔͝t̨͍̦̫̗͂̅̍̋̆ͩ͝ộ̫̟̬̳̝̲̾ͫ̒̿ͮ̑̚rͯ̎ͨͭ̄̿̽͛҉̠̫̱̠̘̘̲́ͅ7̩̻ͤͩͨ͝͡8̜̣̙͇̻ͨ͛͛̆͒̆̽̒͐͜͡ ͥ̍̉̃̇ͥ̓ͨ͏̕҉̥̹͓̗̤̠̖̤ (talk) 02:42, April 8, 2017 (UTC)

That's on his talk page. I LITERALLY HAD TO EDIT THE POST TO HAVE A SPACE IN AS S BECAUSE THE SLUR FILTER NORMALLY PREVENTS IT AND HE CIRCUMVENTED IT JUST TO INSULT THIS USER. YOU CAN CHECK FOR YOURSELF BY TRYING TO POST THE WORD AS S WITHOUT A SPACE ANYWHERE.This is approaching quite literally the 200th time he has been rude like this. Please explain to me how this is justified.

Do something about it please. It has literally been years of him being allowed to blatantly harass and insult people rather than teaching them anything while having ZERO accountability.

I saw you had made a bunch of pages for the various resources in MEA, I wondered what you thought about the idea of make just a single page with a table that listed all the resources/rarity/acquisition. There aren't a whole lot of them honestly and it seems like a bit of a waste to have a separate page for each. I thought I would get your opinion first though before trying to combine them all into one page. AnuChemicalCo (talk) 04:24, April 29, 2017 (UTC)

Hello. Teugene might be a better person to ask since he is one of the admins. The reasoning behind it was because it was done that way for previous games in the franchise. I simply followed suit and I didn't make that many. Just ones for the new minerals. Some minerals carried over from the older games. I created Planet Scanning (Mass Effect: Andromeda) and linked that table to the elements. I believe this covers what it is you are wanting to do. Pinkachu (talk) 15:24, May 1, 2017 (UTC)

I agree the resources can be combined to a single page named "Resources" that would include all minerals and tech/bio materials as listed in the inventory. In the same time, planet scanning (or "mining" as it is called in-game) in ME:A bears very little resemblance to ME2's planet scanning feature, thus it's best to have the content moved to a subsection named mining under Resources.  teugeneTalkContr 02:32, May 3, 2017 (UTC)

As far as scanning on the planet itself, I agree. Completely different. There is, however, still planet scanning that requires traveling to the planet, scanning it and launching a probe, just as before. It always baffled me though. I can get a lot more resources from my omni-tool on a planet's surface, than I did from space scanning a very large ore deposit that was visible from space! I realize nothing in the game is 'realistic' per say, but seriously?

I'm sure you two can work out what to do with the resource/mining information I added, or eliminate it completely if need be. As staff, I was just here to help the community provide info to the players as quickly as possible. :) Pinkachu (talk) 18:27, May 3, 2017 (UTC)

Retrieved from "https://masseffect.fandom.com/wiki/User_talk:Pinkachu?oldid=478401"
Community content is available under CC-BY-SA unless otherwise noted.