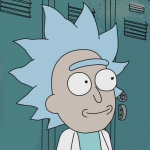 Hi, welcome to Mass Effect Wiki! Thanks for your edit to the User:Teugene page.

Be sure to check out our Style Guide and Community Guidelines to help you get started, and please leave a message on my talk page if I can help with anything! -- SpartHawg948 (Talk) 12:17, August 11, 2010

There's another Lancer1289 clone, this one a little harder to detect. I don't know why his name is being shown so weirdly, but this person definitely needs a ban. He's following a bunch of pages and has been continually vandalising them.

Correct. But he must be using a different "a" character because Randomtime already blocked one such username for 3 months, and now I'm continually undoing the edits. Bad news unfortunately: Not only did he erase the Batarian page, but he made another edit on top of that to prevent undoing the edit. H-Man Havoc 12:53, April 3, 2011 (UTC)

Sorry, not a proper user so I'm not entirely sure how to format my answers here. If this isn't the proper convention, H-Man, I apologise, but yes he's using a different character set or something, which explains why he isn't being blocked...argh...

Thanks for Dealing with the Clones Edit

Once again I find myself thanking you for dealing with I situation. Teguene has already explained why other user names that look like mine could have been used. If something like this had actually happened, I would have gone through other channels apart from my talk page, as I do know how Wikia works, unlike this guy. And yes I still think it was the same guy as last time. I still can't believe what happened here, and while I shouldn't be surprised anymore, I still was. Again my sincerest thanks for dealing with this issue. Lancer1289 18:16, April 3, 2011 (UTC)

There's another clone right now who's vandalizing the wiki impersonating Lancer1289. I suspect it is the same guy as before, just that there is a dot after the L, before the A.H-Man Havoc 12:28, April 4, 2011 (UTC)

Thank you once again Randomtime for dealing with him. Maybe some additional steps we are currently taking will prevent this in the future. Lancer1289 14:07, April 6, 2011 (UTC)

Thanks for deleting that page just now that I placed the delete tag on... Are you able to ban this guy again? Somehow he's able to manipulate loopholes in Wiki spelling code detection in order to use handles that were presumably banned previously. There's only a certain number of permutations he can use before he runs out of letters and orders. Entia non sunt multiplicanda praeter necessitatem 12:28, April 9, 2011 (UTC)

We can remove specific revisions, it has almost the same effect as deleting a page and then restoring it, but not checking one of the revisons when you do, essentially - that revision is "hidden" RandomTime 18:18, April 30, 2011 (UTC)

I wanted to say thank you for helping sorting out that user account mess I got my self into and promise to stick with the current one I have. I have a question though, how do you get things like your user name and time of edit to be placed at the end of your input text, like this (Echo-Scythe 17:38, January 14th 2012 (UTC))

You need to sign your posts with the signature button or by typing ~~~~. I didn't sort anything out, just provided an argument on why it should be no problem, I'm not an admin here, so I don't have a say in the matter of blocking you -- RandomTime 00:39, January 15, 2012 (UTC)

Retrieved from "https://masseffect.fandom.com/wiki/User_talk:RansomTime?oldid=401039"
Community content is available under CC-BY-SA unless otherwise noted.