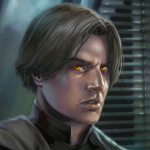 Hi, welcome to Mass Effect Wiki! Thanks for your edit to the Talk:Blood Dragon Armor page.

Be sure to check out our Style Guide and Community Guidelines to help you get started, and please leave a message on my talk page if I can help with anything! -- Lancer1289 (Talk) 13:40, March 9, 2012

Note that in order to create a sandbox, it needs to be formatted like "User:Shane for Wax/Sandbox". Right now, your "sandbox" is in the mainspace of the wiki, and if it isn't moved in due haste, it will be deleted. I should also point out that we already have that content covered in the Search and Rescue article. Lancer1289 02:59, March 24, 2012 (UTC)

Yeah, I was trying to remember how to make it but I guess I remembered incorrectly. Mine was going to be a little different as it was tailored to how I do things, rather than for an official thing for the wiki itself. I apparently can't just rename it to do it properly so I need it deleted. 03:05, March 24, 2012 (UTC)

Retrieved from "https://masseffect.fandom.com/wiki/User_talk:Shane_for_Wax?oldid=275668"
Community content is available under CC-BY-SA unless otherwise noted.