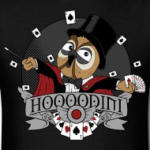 Hi, welcome to Mass Effect Wiki! Thanks for your edit to the User:TheKingLerp page.

"I'm 99.9% sure Tali specifically says that Quarians are only allowed one child except under special circumstances.)" See please what is "Zero population growth". "A loosely defined goal of ZPG is to match the replacement fertility rate, which is the average number of children per woman which would hold the population constant. This replacement fertility will depend on mortality rates and the sex ratio at birth, and varies from around 2.1 in developed countries to over 3.0 in some developing countries." https://en.wikipedia.org/wiki/Zero_population_growth —The preceding unsigned comment was added by Sambian (talk · contr).

irrelevant. we go by information the characters share, not what they -aught- to be in real life. tali did say that the policy is repealed when they grow too few, so this discussion is just about pointless to put it mildly. T̴̴͕̲̞̳̖̼̱͒͛̎͒ͫ̃ͧeͩ̈̽̈҉͓̝̰̼̦̫̤̀͠m̫̪̪̯̻͎̫̅̇̓̇͌̚p̸̙̝̓̓͌ͨ͆ͣͥ̂̕o͒̽͐̽͏̞̬̻͕͔͕͚̰͍͠͞ṙ̢̞͚͈̹̰ͨ̓ͭ̈́̌ạ̢̧̪̹̺̺̣̹̲͂͆̏ͪͨ͒ͭř̹͈͜͠y̷͍̻̜̹̼̾̽̈́e̵̹̼̟̦͚͐̈́͌͘d͉̲̣̻͉̱͗̅ḭ̷̻̆͋̆̓̔͝t̨͍̦̫̗͂̅̍̋̆ͩ͝ộ̫̟̬̳̝̲̾ͫ̒̿ͮ̑̚rͯ̎ͨͭ̄̿̽͛҉̠̫̱̠̘̘̲́ͅ7̩̻ͤͩͨ͝͡8̜̣̙͇̻ͨ͛͛̆͒̆̽̒͐͜͡ ͥ̍̉̃̇ͥ̓ͨ͏̕҉̥̹͓̗̤̠̖̤ (talk) 10:33, September 4, 2015 (UTC)

If quarians had only one child, they would have died out. This is a mathematical law!!! Tali misspoke. If Tali said 2x2=7, then You have also recorded it as a fact? —The preceding unsigned comment was added by Sambian (talk · contr).

Still irrelevant. Temp said it perfectly fine: It was said in-game. And again, Tali said if the population gets too low, they temporarily lift the policy. China has a one-child-per-couple rule, and you don't see them dying out. TheKingLerp (talk) 20:00, September 4, 2015 (UTC)

Do you want to prove that 2x2=7? Did You study arithmetic? One more time - see please what is "Zero population growth".https://en.wikipedia.org/wiki/Zero_population_growth China has a one-child-per-couple rule only a few decades! As well, пot everyone follows the law, plus, пot everyone was register children. Now China has overturned this law. —The preceding unsigned comment was added by Sambian (talk · contr).

Ok great, thanks for proving my point. Zero population growth is exactly what the Quarians want. Too many, resources get strained. Too few, they risk extinction. TheKingLerp (talk) 23:34, September 4, 2015 (UTC)

Мaybe Tali misspoke and meant that allowed to have one child on each quarian? Two for family. —The preceding unsigned comment was added by Sambian (talk · contr).

Doubtful. But regardless, canon is canon. And please remember to sign your posts on Talk pages with four tildes. (These things ~) TheKingLerp (talk) 13:37, September 5, 2015 (UTC)

Doubtful? But only this variant can fix stupidity, said the authors of the game about "Zero population growth"! Only scientific canon is canon! It is SF game!—The preceding unsigned comment was added by Sambian (talk · contr).

I can't even understand what you're trying to say. You flat-out proved my point by linking me to ZPG, so please drop it. And again, SIGN YOUR POSTS TheKingLerp (talk) 15:32, September 5, 2015 (UTC)

Hi, it is very sorry you just deleted my edit at vangurd guide cyro section.

I wrote that for several hours, expecting someone will reedit my pour sentences.

Well, Englisg is not my mother tongue.

It is better than using mordin's frost power.

all that wroten in wikia page is just using vanguard as weak biotic.

you know vanguard is combat + biotic.

if one use vanguard as combat style, like soldier very aggressive way it is, this might be the answer.

Well I apologize that I had to get rid of your edit. I tried to reword it at first, but I couldn't figure out what exactly you were trying to say most of the time. And if you are not a native English speaker, I think it might be more valuable for you to make the edit to the version of the Mass Effect wiki that is written in your native tongue. Oh, and please sign your posts with four tildes (These things ~) TheKingLerp (talk)

To clarify, then shouldn't the other parts of Garrus' page be removed regarding if he joined C-Sec or did Spectre training after ME1's events, as those are influenced by the player's choice as well?

That's fair. Regardless, it was oddly worded and "ME1" isn't used within articles. It's informal, and technically incorrect. I suppose you can readd the information in a way that flows better and is written a tad more formally. TheKingLerp (talk) 22:44, January 6, 2016 (UTC)

Fair enough. I'll think of a better way to word it so it flows better with the article.

Thanks for the hint. I apologize for any inconvenience.—The preceding unsigned comment was added by Donnerkiesel (talk · contr).

No problem, but the next time you have to look at the history of the changed article to determine who made the appropriate changes. thanks in advance - Donnerkiesel (talk) 16:26, March 6, 2016 (UTC)

Hi, you removed my edits without contacting me. Not only is that rude, it is also bad for the wiki. My edits have reason. There is a continuity error regarding thermal clips. You can remove the edits, but that doesn't mean there isn't a continuity error. I added it and this is a wiki, which is intended to present information. AeonsLegend (contact me) 09:29, March 16, 2016 (UTC)

The edits were extremely unprofessional (A section titled "Goofs," really?). THAT is bad for the wiki. And I don't need to contact you first, I just gave the reasoning in my edits. And who's to say that thermal clips didn't just exist in the ME universe, but simply weren't featured in the first game? Is it also a continuity error that the vorcha and drell weren't Mass Effect? No. It's just a coincidence that they aren't encountered. TheKingLerp (talk) 11:02, March 16, 2016 (UTC)

It is a continuity error because it is specifically stated in both ME2 and ME3 that Thermal Clips were introduced AFTER the Geth attack and weren't used BEFORE. That means a weapon which is 40 years old wouldn't have a Thermal Clip. Your comparison with the Vorcha and Drell doesn't make sense. They didn't transform a species into Vorcha. They did transform cooling down into expending a Thermal Clip. It is an actual canon change in how weapons worked before ME1 and ME2. It's not a fan made idea, it's not speculation. It's fact.
For reference: https://www.youtube.com/watch?v=cEnIQWXCgzQ
Also, you don't own the wiki, so don't act like you do. —The preceding unsigned comment was added by AeonsLegend (talk · contr).

i'll have to uphold the reverts. read the codex entry. then read it again. nowhere is it stated that the geth invented the thermal clips. they adopted them - meaning, put this, zaeed's comments and shep's knowledge together, it actually supports the notion that the tech has been around for some time, just not widespread to the level we see in ME2 (conrad isn't military -and- is oblivious to a lot of things, so not exactly someone who would know). you don't "adopt" something that doesn't exist in the first place. it's fact that thermal clips saw widespread "adoption" after the battle of the citadel. it's speculation to assume they've only been invented recently when there are fairly reliable statements and incidents that support the opposite.

it's also entirely possible that zaeed might've been talking about the ammo block inside the weapon (he did cut down a hundred batarian mooks, so running out of actual ammo isn't out of the question), but that then devolves into a discussion of whether the terms "magazine" and "clip" were actually used correctly here.

the only way "continuity error" can be admitted is if bioware itself admits to a continuity error. they've done so in the past, but they haven't with this issue, something they would've been made aware of years ago. it's their rules, we run with it. T̴̴͕̲̞̳̖̼̱͒͛̎͒ͫ̃ͧeͩ̈̽̈҉͓̝̰̼̦̫̤̀͠m̫̪̪̯̻͎̫̅̇̓̇͌̚p̸̙̝̓̓͌ͨ͆ͣͥ̂̕o͒̽͐̽͏̞̬̻͕͔͕͚̰͍͠͞ṙ̢̞͚͈̹̰ͨ̓ͭ̈́̌ạ̢̧̪̹̺̺̣̹̲͂͆̏ͪͨ͒ͭř̹͈͜͠y̷͍̻̜̹̼̾̽̈́e̵̹̼̟̦͚͐̈́͌͘d͉̲̣̻͉̱͗̅ḭ̷̻̆͋̆̓̔͝t̨͍̦̫̗͂̅̍̋̆ͩ͝ộ̫̟̬̳̝̲̾ͫ̒̿ͮ̑̚rͯ̎ͨͭ̄̿̽͛҉̠̫̱̠̘̘̲́ͅ7̩̻ͤͩͨ͝͡8̜̣̙͇̻ͨ͛͛̆͒̆̽̒͐͜͡ ͥ̍̉̃̇ͥ̓ͨ͏̕҉̥̹͓̗̤̠̖̤ (talk) 17:02, March 16, 2016 (UTC)

Oh hello. Nice to meet you, and I'm glad to see a new member to the wiki. Quick tip for you. If someone, especially someone with a white name (Ex. Elseweyr) undoes an edit of yours, don't be offended or discouraged. This wiki is held to a VERY high standard and the admins always have good reasons for their edits, even if they don't say so right away. You can argue with them, but don't argue it by undoing their undo, go to their talk page. Edit-warring doesn't accomplish anything. I'm just saying all this because I feel like the Andromeda Galaxy page is going to be deleted very shortly by an admin.

Ah yeah I get the emails. I don't even bother turning hem off because Gmail does a good job of sorting them. Anyways, I guess thats true because its not guaranteed to be in the canon universe. But we'll see when we play it. TheDwellerCamp (talk) 13:55, April 15, 2016 (UTC)

Player guides and other advice related articles and sections typically contain some grammatical errors, but actual articles (Especially featured articles) are typically close to flawless. Vandalism is undone very quickly too, so the admins are almost always watching and making sure everything's going well. So pretty high standards in my opinion. Even edits that don't do much at all (Like the American vs. the British spellings of words like color and colour) are typically undone as they are seen as "unnecessary edits." TheKingLerp (talk) 03:05, April 22, 2016 (UTC)

I'm not here to argue with you, frankly I don't care. If the dictators of the wiki are happy with it the way it stands, then c'est la vie. If you know for a FACT that someone loves pets (we're talking real life here) and they stand idly by and watch someone butcher animals that would be something that at the very bloody least, should make you scratch your head. Now it's stated in game in dialog that Kaiden is biotic, gets headaches and has certain feelings about how biotics should be treated, rights they should have etc. Now I don't care if it's devs being lazy, cut content or a simple oversight it's definitely NOT irrelevant, it's friggen noteworthy. I'm playing the game right now, I'm in my forties. My point was it would have been nice to have a simple little note on the quest page stating you don't need this twit because he's got the emotional reactions of a potato in this instance. Personally I hate him and would have brought someone else had I remembered which is why I had the wiki up to check quests before I did them. Obviously won't be using this as a resource seeing as how having complete information is somehow taboo. Heading back to the game, maybe I'll download a Gamefaqs walkthrough. Just fyi, if the ops or whatever the "gods" are called here want to do this right they should really look at some well-done wikis like Borderlands. Contributors have provided literally thousands of results for things like random loot boxes and at no time is anyone saying "No thanks we don't want information added, we'll just keep the narrow view we've got."

the policy has always been discussion and votation FIRST before committing any changes, not the other way around. you are violating that. T̴̴͕̲̞̳̖̼̱͒͛̎͒ͫ̃ͧeͩ̈̽̈҉͓̝̰̼̦̫̤̀͠m̫̪̪̯̻͎̫̅̇̓̇͌̚p̸̙̝̓̓͌ͨ͆ͣͥ̂̕o͒̽͐̽͏̞̬̻͕͔͕͚̰͍͠͞ṙ̢̞͚͈̹̰ͨ̓ͭ̈́̌ạ̢̧̪̹̺̺̣̹̲͂͆̏ͪͨ͒ͭř̹͈͜͠y̷͍̻̜̹̼̾̽̈́e̵̹̼̟̦͚͐̈́͌͘d͉̲̣̻͉̱͗̅ḭ̷̻̆͋̆̓̔͝t̨͍̦̫̗͂̅̍̋̆ͩ͝ộ̫̟̬̳̝̲̾ͫ̒̿ͮ̑̚rͯ̎ͨͭ̄̿̽͛҉̠̫̱̠̘̘̲́ͅ7̩̻ͤͩͨ͝͡8̜̣̙͇̻ͨ͛͛̆͒̆̽̒͐͜͡ ͥ̍̉̃̇ͥ̓ͨ͏̕҉̥̹͓̗̤̠̖̤ (talk) 05:20, June 22, 2016 (UTC)

Well I apologize, but I started a discussion the talk page, then in my initial revert I even said I wasn't trying to edit-war, I just wanted to get the talk started and you are essentially ignoring it. TheKingLerp (talk) 06:10, June 22, 2016 (UTC)

Get tired of sucking Temp's dick just to have him shit on you yet? FFS he still doesn't give reasons for his reverts check his contributions. Shouldn't be an admin. His skill with edits doesn't justify his blatant flaming of other users and the disrespectful, elitist tone he takes with everyone.

Retrieved from "https://masseffect.fandom.com/wiki/User_talk:TheKingLerp?oldid=469512"
Community content is available under CC-BY-SA unless otherwise noted.